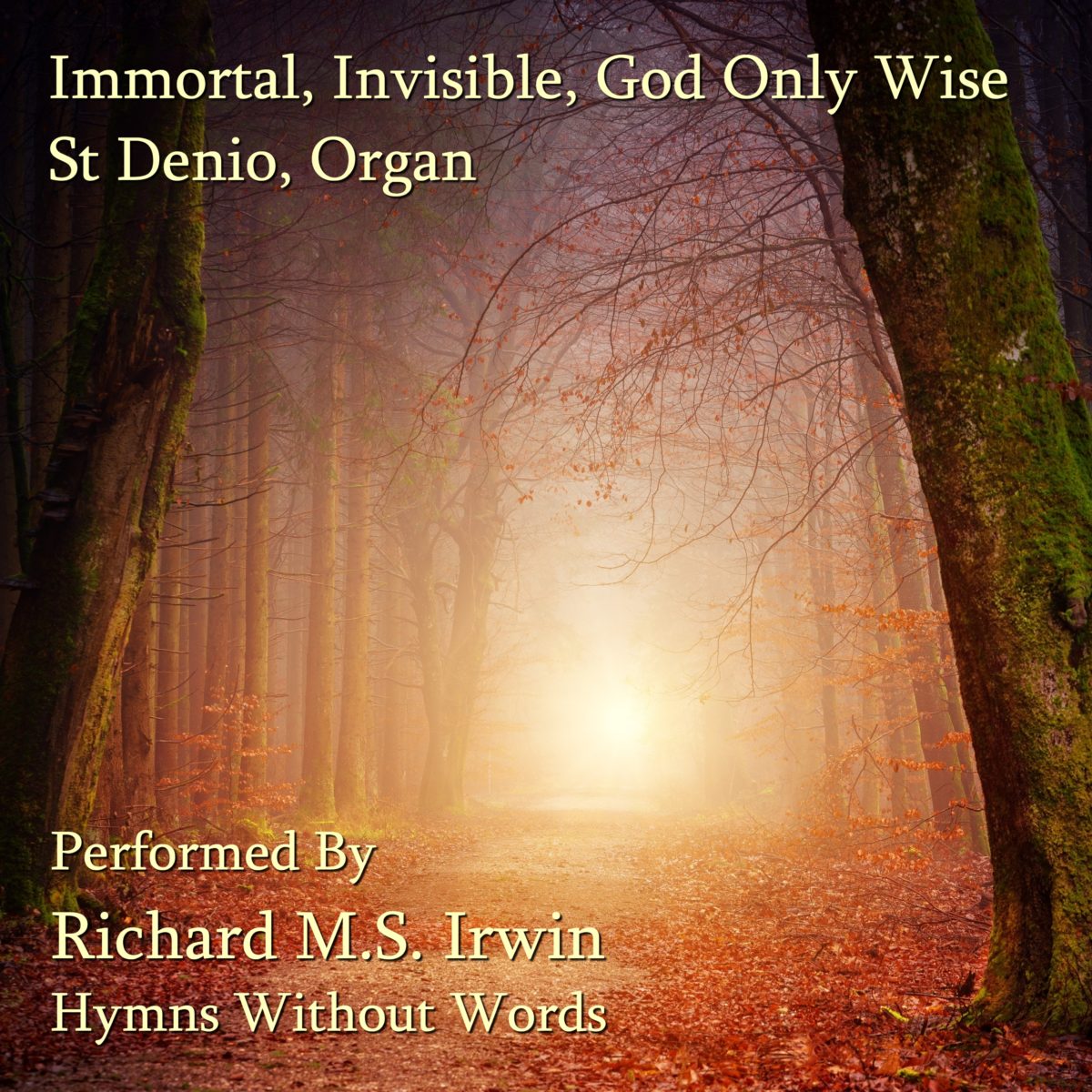 1. Immortal, invisible, God only wise,
in light inaccessible hid from our eyes,
most blessed, most glorious, the Ancient of Days,
almighty, victorious, thy great name we praise.

2. Unresting, unhasting, and silent as light,
nor wanting, nor wasting, thou rulest in might;
thy justice like mountains high soaring above
thy clouds which are fountains of goodness and love.

3. To all, life thou givest, to both great and small;
in all life thou livest, the true life of all;
we blossom and flourish as leaves on the tree,
and wither and perish, but naught changeth thee.

4. Thou reignest in glory; thou dwellest in light;
thine angels adore thee, all veiling their sight;
all laud we would render: O help us to see
’tis only the splendor of light hideth thee.

The music used in this recording belongs in the Public Domain, but the Performance rights ℗ belong to Richard M S Irwin. You may click the Download Button to obtain the MP3 recording for use in Worship (including online services) or for personal use only. For other uses of the recording, please Contact Us.

If you use our hymns, please consider a donation to help keep this service free. To keep up to date with the latest recordings, please follow us on SoundCloud, Twitter and Facebook.

Please Right-Click and Save Link if needed

Lectionary and Other Uses

The text used by Walter Chalmers Smith (1824 – 1908) is based on “Now to the King eternal, immortal, invisible, the only God, be honour and glory for ever and ever.” from this text on 1 Timothy 1: 17 and first published with six verses in his Hymns of Christ and the Christian Life (1867).